By the Triumph Editors In the Spring of 2019, a number of students at Creighton organized in hopes to pressure the University to divest its endowment—donated funds which are invested in a number of sectors—from fossil fuels. The first thrust began with a small group of students, who, after being told they needed ‘the numbers’ to write legislation around divestment, arranged a meeting with Creighton’s … END_OF_DOCUMENT_TOKEN_TO_BE_REPLACED

By Erika B. Some might say that Tacocat’s song “I Hate the Weekend” fails to credit the hard work the Amalgamated Clothing Workers of America labor union put into earning the five-day work week. However, I say that the song brings to light the incredible need for a revolution of social reproduction. The Tacocat line, “They were made for the working stiff / With a … END_OF_DOCUMENT_TOKEN_TO_BE_REPLACED

by Erika B. A deeper shade of red is sweeping over the middle part of the United States as working-class folks in the Midwest and Great Plains are continually let down by the Republican nominees currently in power. An urgency to organize for working class power has been demonstrated by some of the most radical movements in the U.S. today taking place in right-to-work, “Republican … END_OF_DOCUMENT_TOKEN_TO_BE_REPLACED

By MC Raterman Last month, as I was selling back issues of The Triumph to raise funds for Feed the People, I found myself cautiously explaining our projects to a patron of the Gifford Park Neighborhood Market. I prudently described the “anti-capitalist” politics of FTP and labeled The Triumph as a “working class publication”. Suddenly, the word “Socialist” slipped out of my mouth, and the … END_OF_DOCUMENT_TOKEN_TO_BE_REPLACED

By Mark Honey In Dakota County, jailing migrants is making bank for the Sheriff’s office. Sheriff Chris Kleinberg brought in more than $60k in January alone through two deals with immigration agencies, the ACLU-Nebraska reports. That apparently isn’t enough for the Republican Sheriff, who sent an email to ICE asking, “How is it possible that those removals are so low, when there are so many … END_OF_DOCUMENT_TOKEN_TO_BE_REPLACED 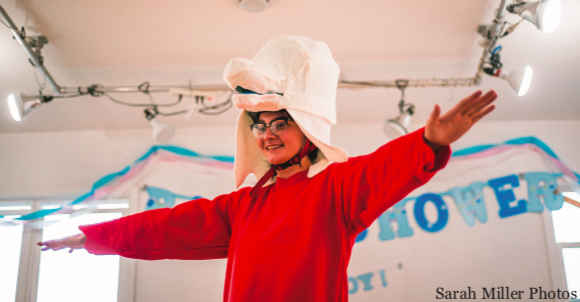 by Phil Gillen “Sometimes I just have an idea of something that’s like, super dumb, and I want to go do it in real life. And then because I have an art degree, I call that Art. And they let me have a gallery space to do stupid things in.” Michael Johnson doesn’t take themselves too seriously. Self-deprecating and approachable to a fault, the Omaha-based … END_OF_DOCUMENT_TOKEN_TO_BE_REPLACED

by Taylor Thornburg We’re halfway through 2019, and that means we’re about to be between summer blockbuster season and the end of the year awards season. There’s plenty to catch up on during this lull at the movie theaters. Some of the best films of the year either passed in and out of theaters without fanfare or aren’t at all from this country. In case … END_OF_DOCUMENT_TOKEN_TO_BE_REPLACED

It’s time to organize outside the bedroom. by t.s. In early May, actress Alyssa Milano tweeted a request for women to join her in a sex strike to protest the passage of a Georgia state law that criminalizes and bans abortions performed after six weeks of pregnancy. Her stated goal for the strike was to raise awareness about the fact that abortion and reproductive rights … END_OF_DOCUMENT_TOKEN_TO_BE_REPLACED

The Mustang (2019), dir. Rupert Wyatt Film Review By Taylor Thornburg In this year’s release The Mustang, an incarcerated convict participates in a rehabilitation program in which he breaks wild horses to be sold at auction. In doing so, he explores the meaning of freedom from the perspective of someone imprisoned behind literal and figurative walls. The Mustang stars Matthias Schoenhaerts (A Bigger Splash, The … END_OF_DOCUMENT_TOKEN_TO_BE_REPLACED

by Margaret Marsh HASTINGS, NE – Located 60 miles north of the geographical center of the United States, there is little to distinguish Hastings, Nebraska from any other small midwestern town. Our biggest claim to fame is that we’re the birthplace of Kool-Aid. We host one of the state’s largest tourist events each August in celebration of the soft drink. Our 25,000 residents live in … END_OF_DOCUMENT_TOKEN_TO_BE_REPLACED