You don’t have to look hard to find absurd, laughable statements made in the name of animal rights. Whether it’s PETA (People for the Ethical Treatment of Animals) asking us to stop using “anti-animal language” like “kill two birds with one stone,” or an earnest vegan attempting to convince us that drinking milk is equivalent to rape, animal rights activists often make a target of themselves with positions that far outstrip our natural sympathy. Yet, supporting the rights of animals, and envisioning a society in which all animals lived together in harmony, doesn’t have to be absurd. After all, we’re animals too, and it’s not crazy for animals to support the ethical treatment of animals.

What is perhaps more irritating than even the most out-of-touch animal rights activist are the self-identified Leftists who demonstrate their insecurity with the notion that animals be treated equitably. Writer Arun Gupta recently complained, after receiving criticism for a speech against animal rights, “If I organized a panel in defense of Stalin in this setting, it would have been less controversial than a panel critiquing animal rights.” This is a statement meant to be ironic, but it more or less works on the surface. The left of today and tomorrow is and will be naturally more concerned with the issues of the day, which include the treatment of fellow animals, than with rehashing the arguments of the ineffectual previous generation.

It is true that many animal rights activists approach the question from the wrong angle. They promote the idea of non-human animals as a category of subjects unto themselves, hence terms like “speciesism” and other nonsense. The reality is that we are totally incapable of quantifying or comprehending some sort of general non-human animal subjectivity; there’s no basis for comparing the subjectivity of humans as we understand them through experience, with the subjectivity of thousands of other non-human animals that we cannot experience, and they cannot communicate.

Rather than trying to draw lines and coin phrases, we should adopt the time-honored approach of the revolutionary left: seek out what we have in common, rather than focusing on our differences, and build a society for everyone.

A truly leftist approach to the question of animal rights would start with identifying what humans and non-human animals have in common. There are many things. We have certain requirements of our natural environment, like clean air, water, and a fertile earth. We all feel pain and suffer from exploitation. We share a society– whether urban or rural, human and non-human animal life has become heavily enmeshed and codependent– and as such, share the burden of an exploitative system. With all these things in common, reaching for a society that accounts for what we share doesn’t seem impossible. 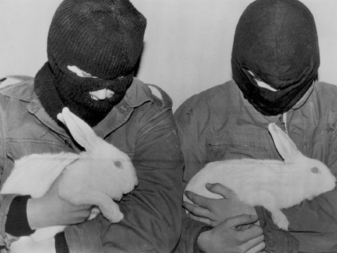 A sticking point may be the question of diet. Humans, Americans more than any other group, have become accustomed to eating the meat of other animals. It doesn’t seem to be something they want to give up, and probably drives much of the knee-jerk opposition to the notion of animal rights to be found even among other leftists. However, only certain animals are used for food. Many more would never be considered, like the family dog, or a bald eagle. Through this, even the most vociferous carnivores betray the fact that rather than being an inalienable human right, eating other animals is a social behavior that is strictly contained to certain species that have been commodified for that use to the profit of capitalists.

To these carnivores the question is only: now or later? We know, and have known for a while, that the system of industrialized agriculture that enables a carnivore’s diet is wholly unsustainable, which means such a person can only choose to cut meat out of their diet now or have it taken away from them when the grocery stores stop stocking it or the burger chains close. The difference in choice between eating Fido and getting meat from a window in the comfort of your vehicle will soon dwindle to nothing, without the convenience of commodified beef, chicken, and pork. All meat will be revealed to be more or less the same, including that of humans. One might as well stop eating it before that point, but the question of diet is one that will ultimately resolve itself.

The system of capitalism is sustained on the exploitation of labor– human and non-human animal labor– and while in the new system we build the need for labor will not disappear, the distribution and administration of it won’t be exploitative. It will be equal and equitable. Human animals won’t stop having to work, but they’ll be working directly for the benefit of themselves and their society, and in a manner that doesn’t grind them down. Non-human animals won’t stop either. What role they will play in the system after capitalism isn’t clear, but whatever work they do should go towards a society that sustains them in the same way. Let’s ensure that this type of society is the one we build.